The price of shame is heavy, and leaves a lasting impression.

Lewinsky covered a variety of topics under the theme “The Price of Shame” in conversation with Janet Badia, dean of the College of Liberal Arts, who served as moderator for the event.

“The first public thing that I did in a decade was back in 2014,” Lewinsky said. “I was very lucky to be able to write a first-person essay for Vanity Fair. What made that unique in my situation was that I was allowed to present myself, my thoughts, my experiences, choosing my own words.”

She went on to describe the experience as “the first step in reclaiming my narrative.”

A younger audience’s reception of the piece in Vanity Fair allowed Lewinsky to reshape her story and reputation from what politicians and media organizations created following the 1998 scandal involving former President Bill Clinton.

“For legal reasons, I wasn’t allowed to say anything publicly [at the time],” she said. “We talked about in my family that there were two Monica Lewinskys. There was me, and there was this other Monica that had been created by political factions and the media. I had to live with that Monica Lewinsky for a long time.”

Badia and Lewinsky spoke of her healing process, and the impact of what’s been dubbed “cancel culture” on those in power—and those with no power.

“When we think about most people who become public figures… they’re prepared,” Lewinsky said. “When you’re a private person who suddenly becomes public for not a good reason, the experience, it’s… it’s like a tsunami of hate just crashing down over you. To rise to the surface is not a guarantee.”

She discussed how, before social media, people had to purchase tabloids, which Badia noted were social’s predecessors in public shaming. The act of purchasing, then, was more conscious than today’s system of algorithms and seemingly innocuous clicks that generate massive sums of advertising revenue for tabloid-like websites.

“We’re not set up for success by the social media companies,” Lewinsky said. “I’m hoping that somebody will develop a newer model of social media that has empathy built into it – still fun, but a little softer.”

Badia said that people have a variety of definitions or changes in the term, but in general they seem to agree that “cancellation has given us, especially those who are marginalized in systems of power, a way to hold power accountable.”

Lewinsky agreed, but noted that the broad variety of definitions has led to a conflation of that means to hold power accountable and an ability to cause harm.

“Cancel culture in the last few years has grown into this huge, huge monster that’s not about holding people accountable, but that is about just shaming them or destroying lives,” she said. “We have to find a way to separate those things out.”

They spoke of examples from the Lewinsky-produced HBO Max documentary “15 Minutes of Shame,” which examines the impact of cyber-bullying and online shaming on both those who are shamed and those doing the shaming, as well as the #MeToo movement and social media.

“One of the aspects of the conversation from #MeToo that we haven’t yet had enough…. [is] trying to create the space for, and really understanding, what do people need to become whole again?” Lewinsky said.

For Lewinsky, that process has included reclaiming her narrative through public writings like the 2014 Vanity Fair essay, as well as therapy, medication, and a strong support network of family and friends.

After the conversation with Badia, Lewinsky took questions from Purdue Fort Wayne students, all of which focused on healing. One of the most powerful moments of the night came in Lewinsky’s answer to the second question, which asked if she ever thought she would be where she is today.

“I don’t think anybody would have thought that ‘Monica Lewinsky’ would be able to contribute something positive to society,” she said, tearing up.

“My initial reaction, when I was stung by the FBI and first learned about the investigation, was I wanted to die,” she continued. “I think that, I didn’t want to be around for what was going to happen, and what happened was far worse than I had ever imagined. I was very concerned about what this was going to do to the country, but I was also concerned about what it would do to my family.

“I think it can be hard sometimes with these very public stories to remember that we all belong to people. I was someone’s daughter, someone’s sister.” 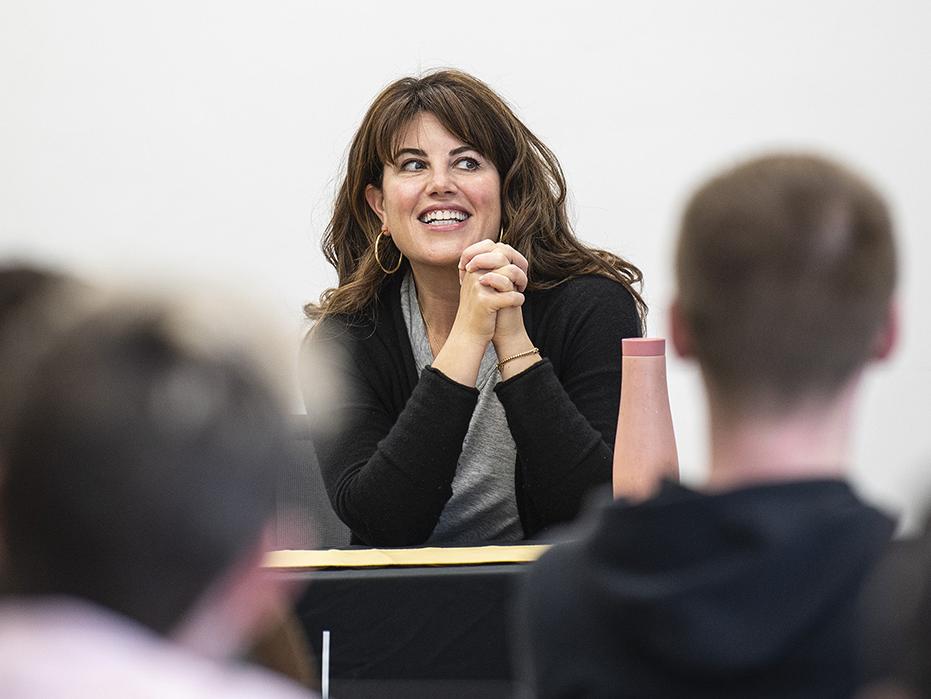 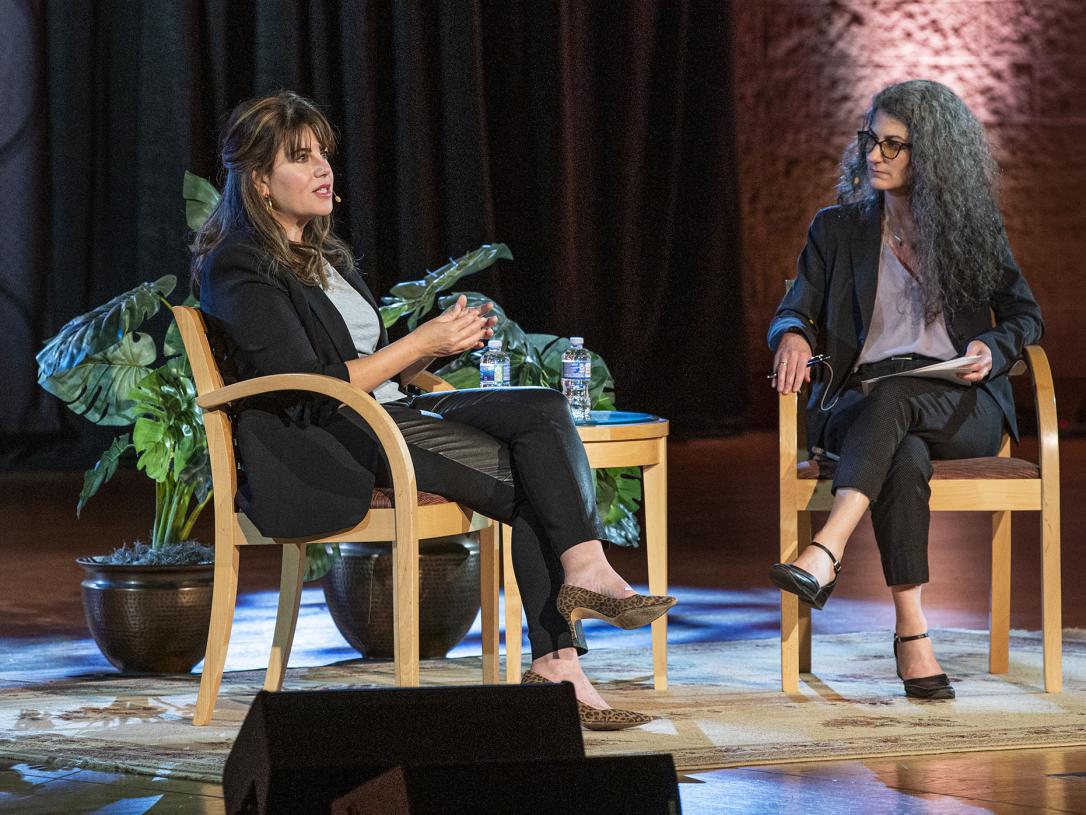 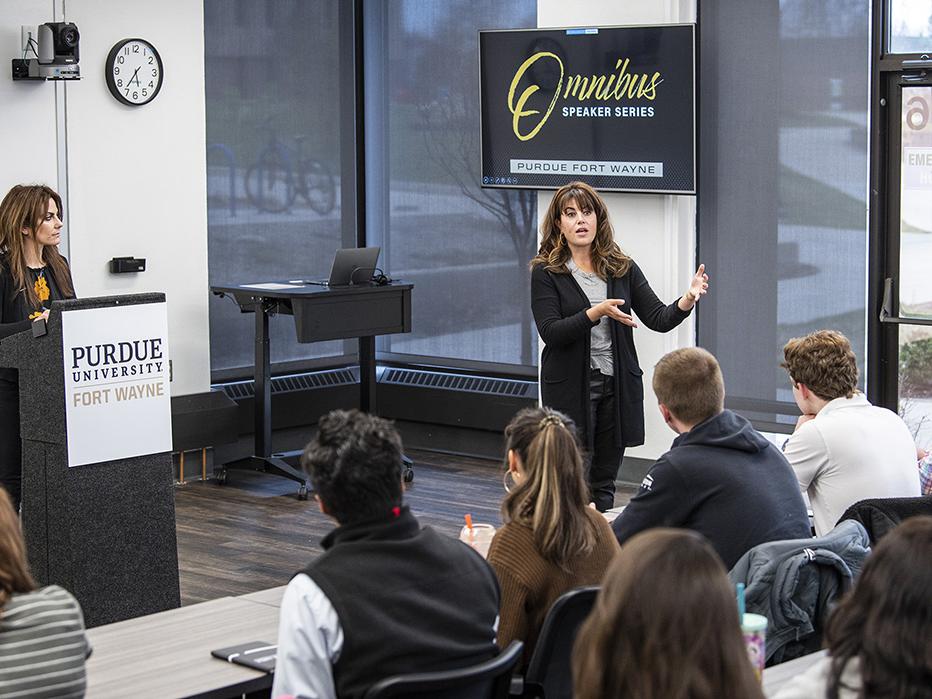 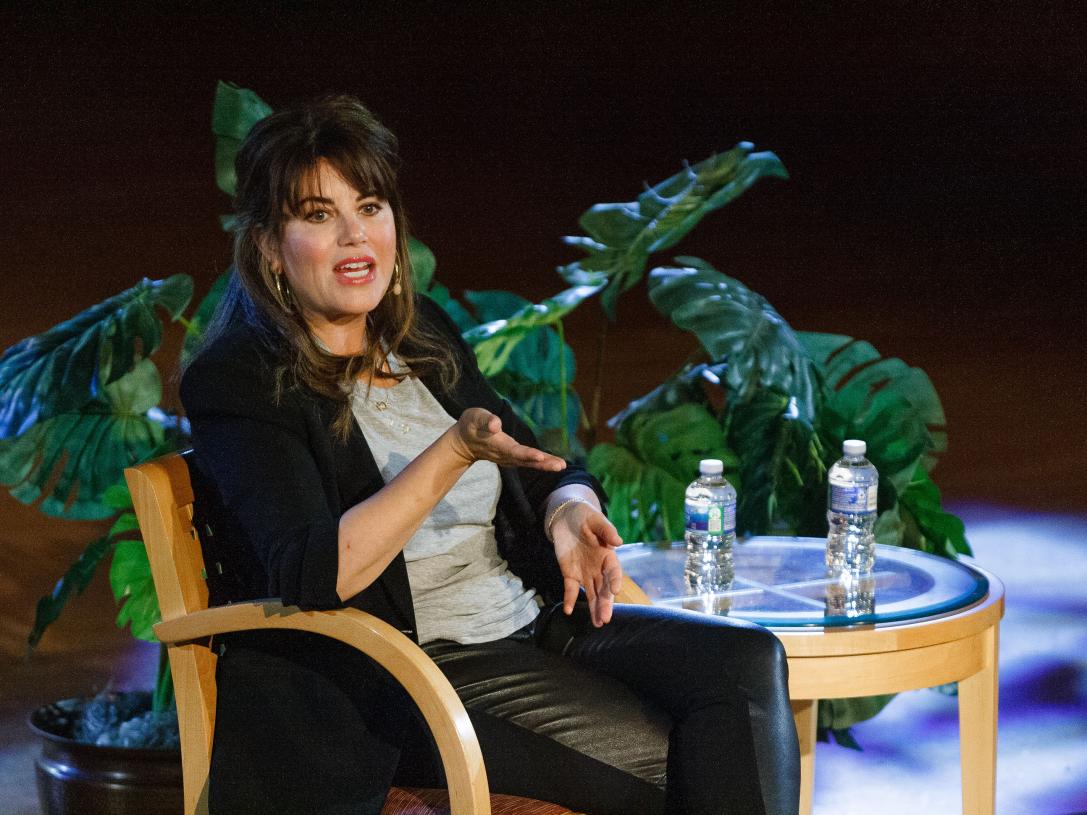 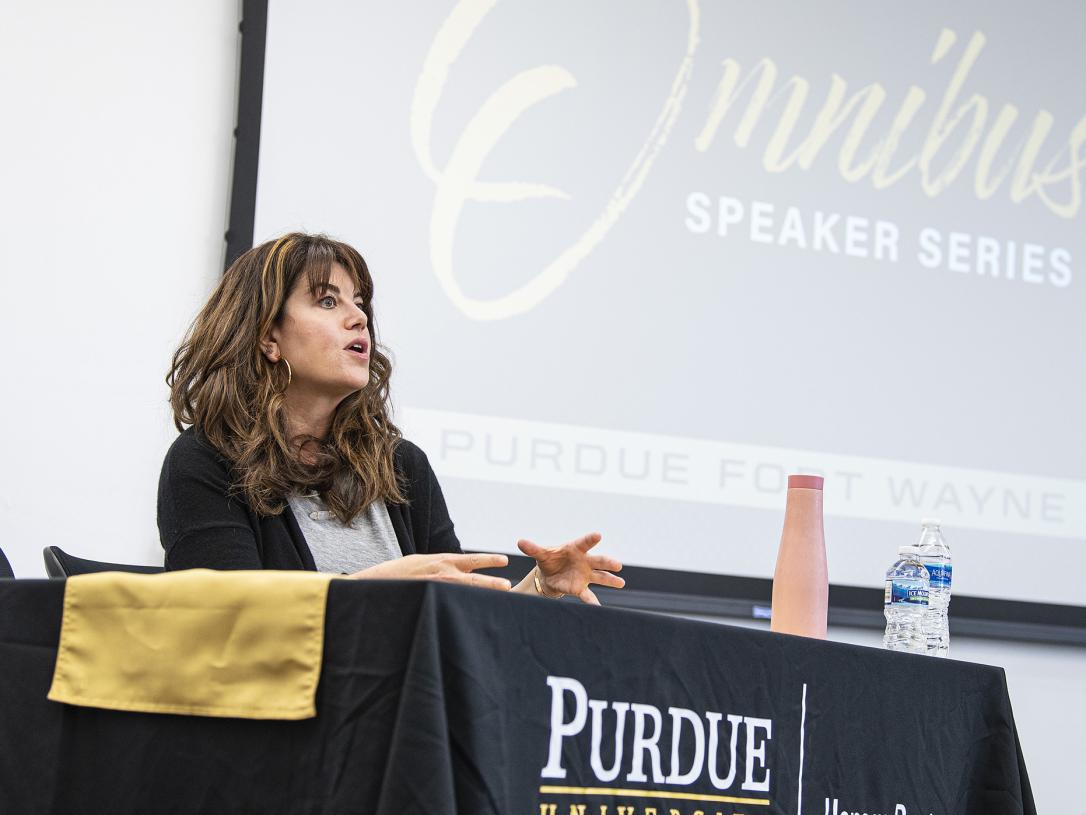 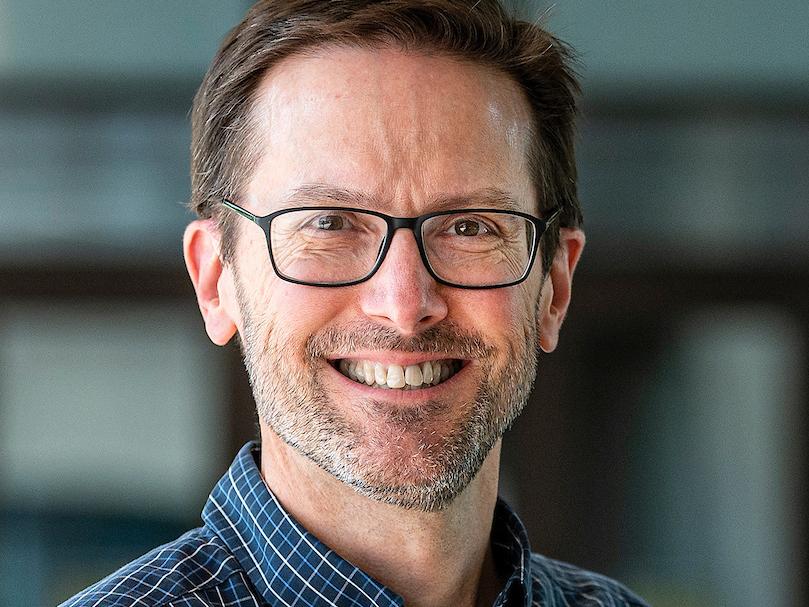 Why are rent prices so high? Here are some answers 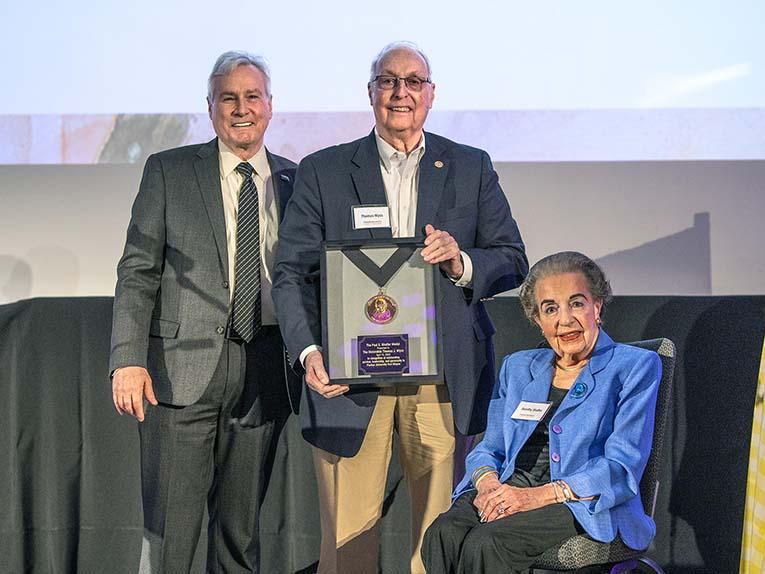 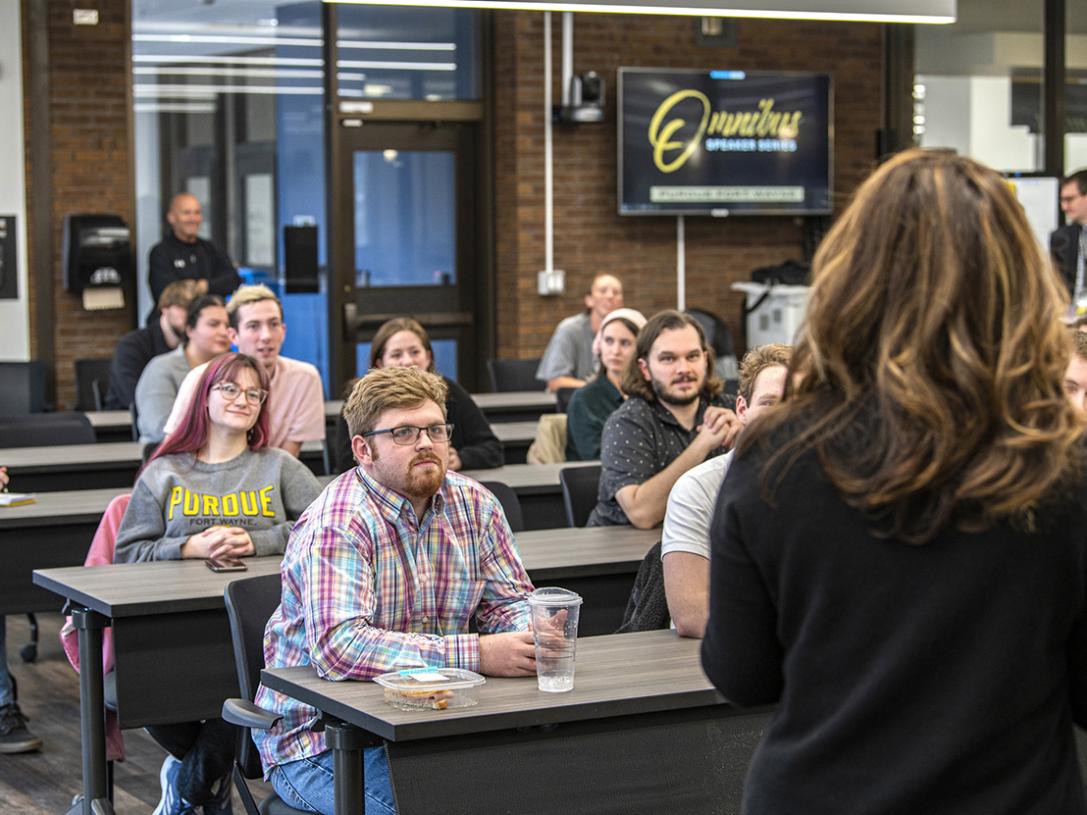