Years ago, whenever Chantelle Huebner’s preschool-teacher mother suggested that might consider becoming a teacher, the response was always, “Nah, I don’t think I want to do that.”

Now she can barely consider doing anything else. Well, except for getting married this summer.

And she’s going to be an exceptional teacher, according to all of her professors. Huebner recently was awarded a pair of fellowships worth $11,500 through the National Space Grant Consortium for two sets of programmable robots, resources, and possibly even a classroom visit from an astronaut.

Huebner’s professors at Purdue University Fort Wayne call her a renaissance woman, partly because she will be the first Indiana teacher licensed as an Elementary STEM (science, technology, engineering, and mathematics) specialist. In late 2021, PFW became the first institution in Indiana approved to offer this new licensure program.

Huebner graduated in 2020 with degrees in communication studies and performing arts, a minor in American Sign Language, and a certificate in theater, but stayed in school to pursue further licenses in elementary, early education, and elementary STEM education. Her options are becoming an early education, kindergarten, first grade, or STEM teacher.

That description only grazes the epidermis of her abilities, though. Huebner also loves painting, drawing, and acting.

There’s also a Disney princess side business, Your Magical Day Princess. That started when she was attending Leo High School because she went to the birthday party of a family friend’s little girl and discovered someone appearing as Rapunzel, one of her favorite characters. She researched the business and handmade costumes for Anna, Elsa, Rapunzel, Tinkerbell, Belle, and Peter Pan, though others are in the works.

“It’s the cutest thing ever because you have all these little kids who truly believe you are the true princess, so you have to be very careful what you say and do,” Huebner said. “You have to be on point.”

The hair for Rapunzel drags along the ground, and Tinkerbell’s wings cast a rainbow on the ground when catching the sun.

Sometimes she wears costumes to read at Leo United Methodist Preschool where she was the teacher for 2- and 3-year-olds for two years. So far, Huebner has made around 100 princess appearances, though they have slowed because of school and wedding plans.

The hardest part might be picking one aspect from her toolbox to focus on.

“When I was really young, I wanted to be a hotel owner and hang up all my artwork there and let everyone live there who couldn’t afford a house,” Huebner said. “I just kept finding new things I wanted to try. I’ve always loved learning and trying different things.”

Whenever her parents asked their four children what they’d do with potential lottery winnings, their second-oldest child always said she’d go to school forever. Well, she just might, as a teacher rather than a student. 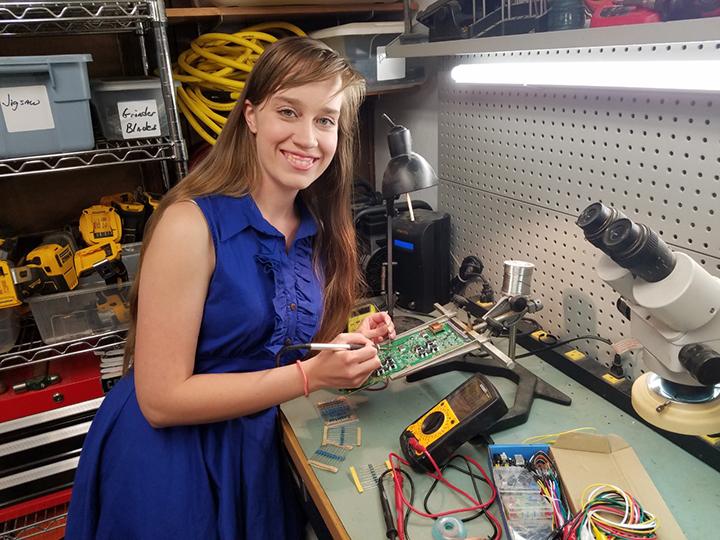 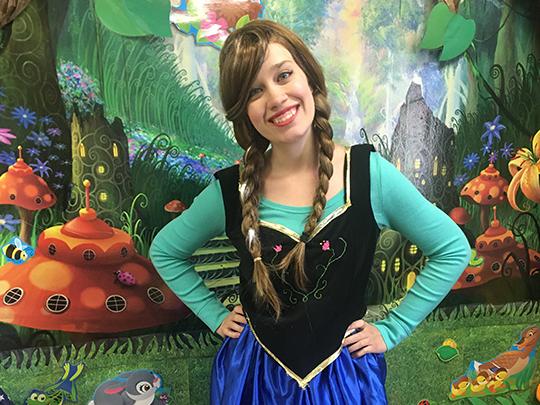 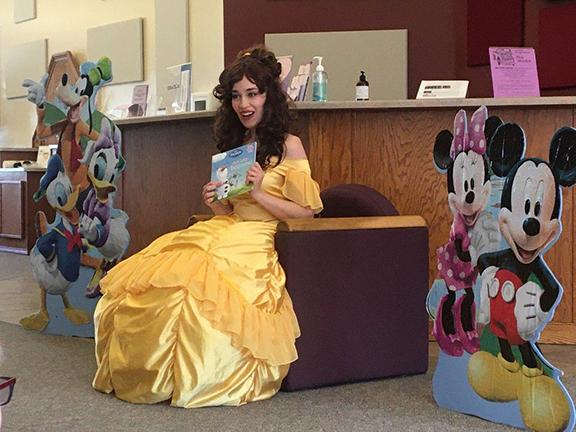 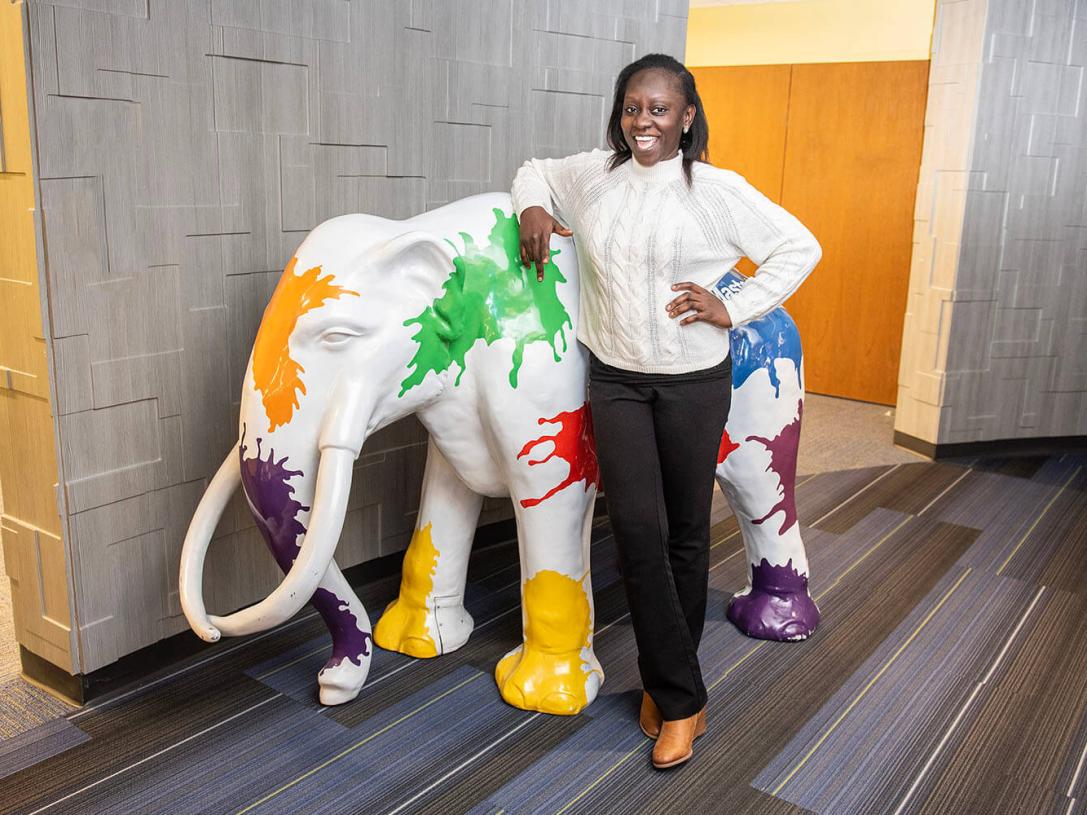 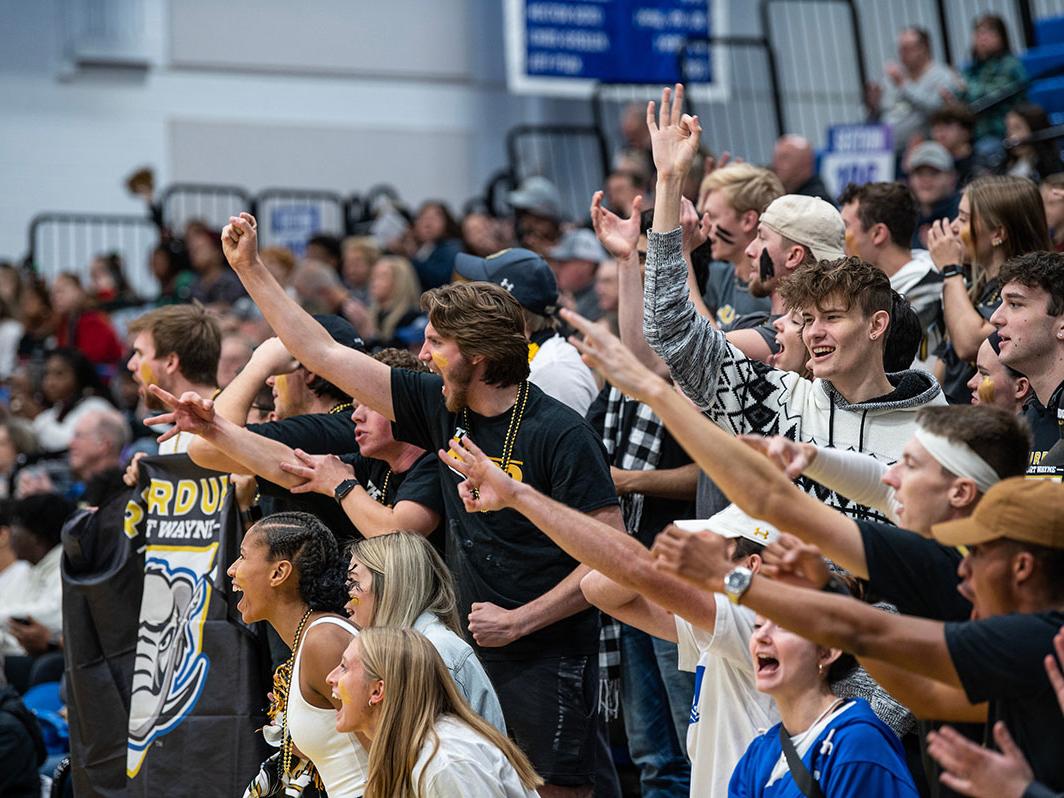 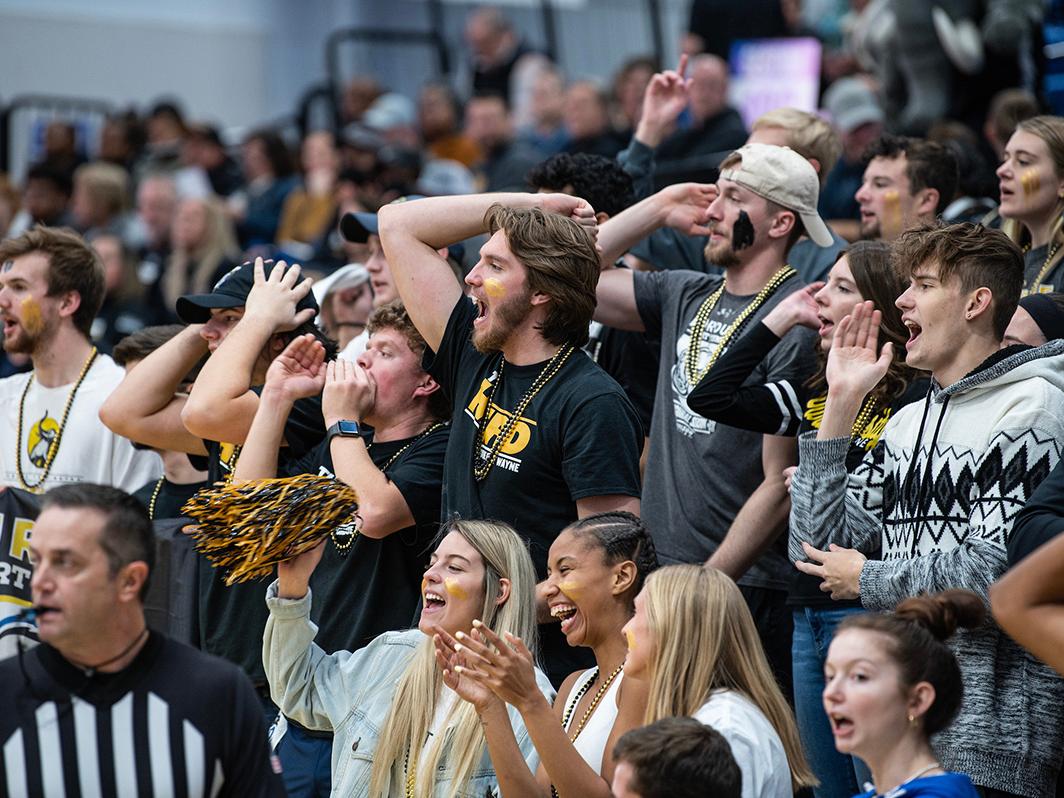 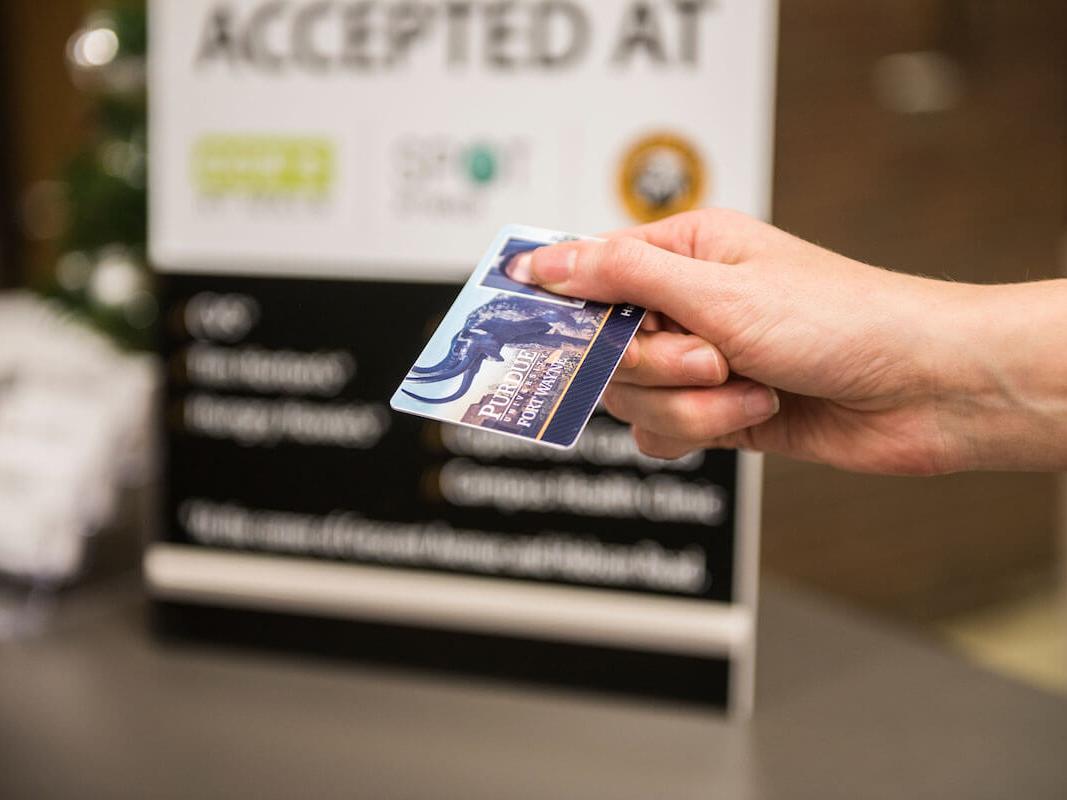