Our students travel the world seeking new learning opportunities. See what they discovered on their adventures. 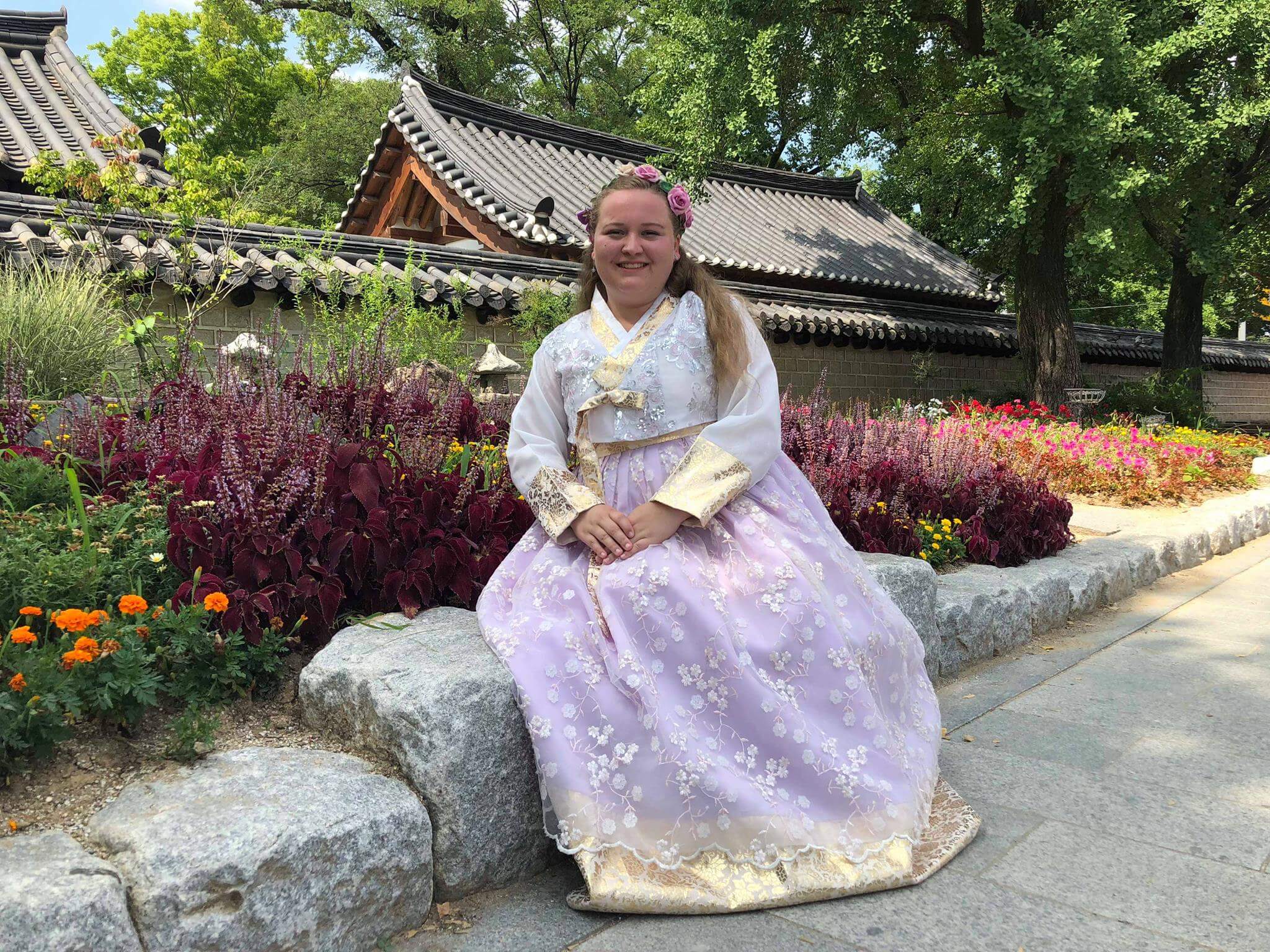 “I chose South Korea because I have always been interested in cultures that seem different than my own, and BIP [Bahrom International Program] was the perfect opportunity for me to experience the culture firsthand.”

“My best piece of advice is to make friends with as many locals as you can so you can experience many different aspects of the locals’ daily lives.”

“My favorite thing that happened in South Korea was getting to wear a hanbok, which is a traditional Korean dress. I felt like a princess!” 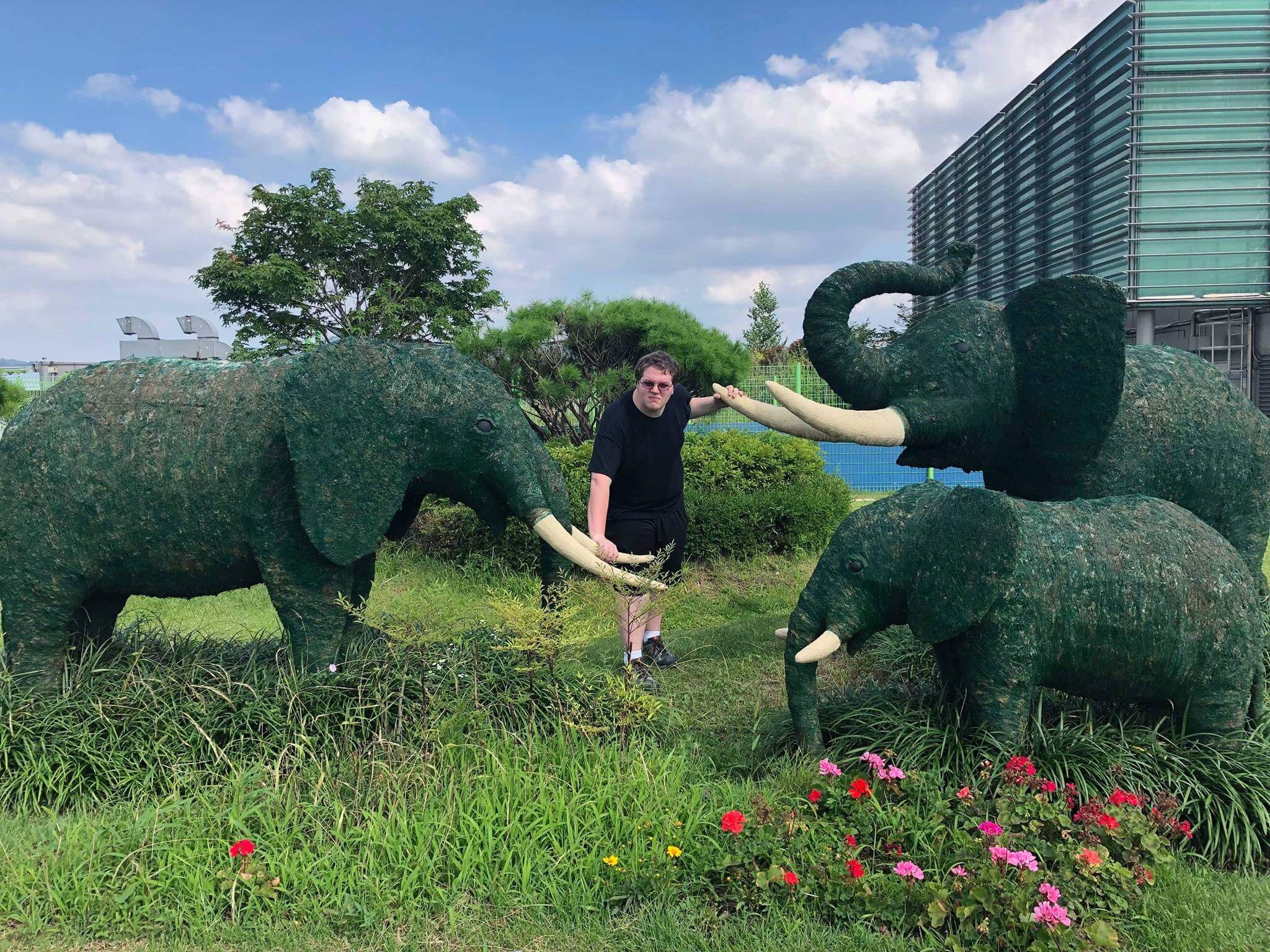 “I chose South Korea because I wanted to have some experience with Korea before I applied for EPIK, which is a program for teaching English in Korea.”

“Make sure to look up when you’re browsing around popular places. A lot of stores are piled on top of each other. Some of the best places I found would’ve been missed if I wasn’t paying attention.”

“I speak German, and a few of the older folk in Korea worked in Germany as coal miners or nurses back when they were young because Germany needed more manpower, and they needed work. At Seoul Tower, an old man who ran the info booth flagged me down and asked about our group. He found out I spoke German, because a lot of people assumed I was German because I look the part (I’m not, but I speak the language). His eyes lit up, and we ended up having a 45-minute conversation in German. It really made his day, and it made me really happy that I could do that for him. I hope he’s doing well.” 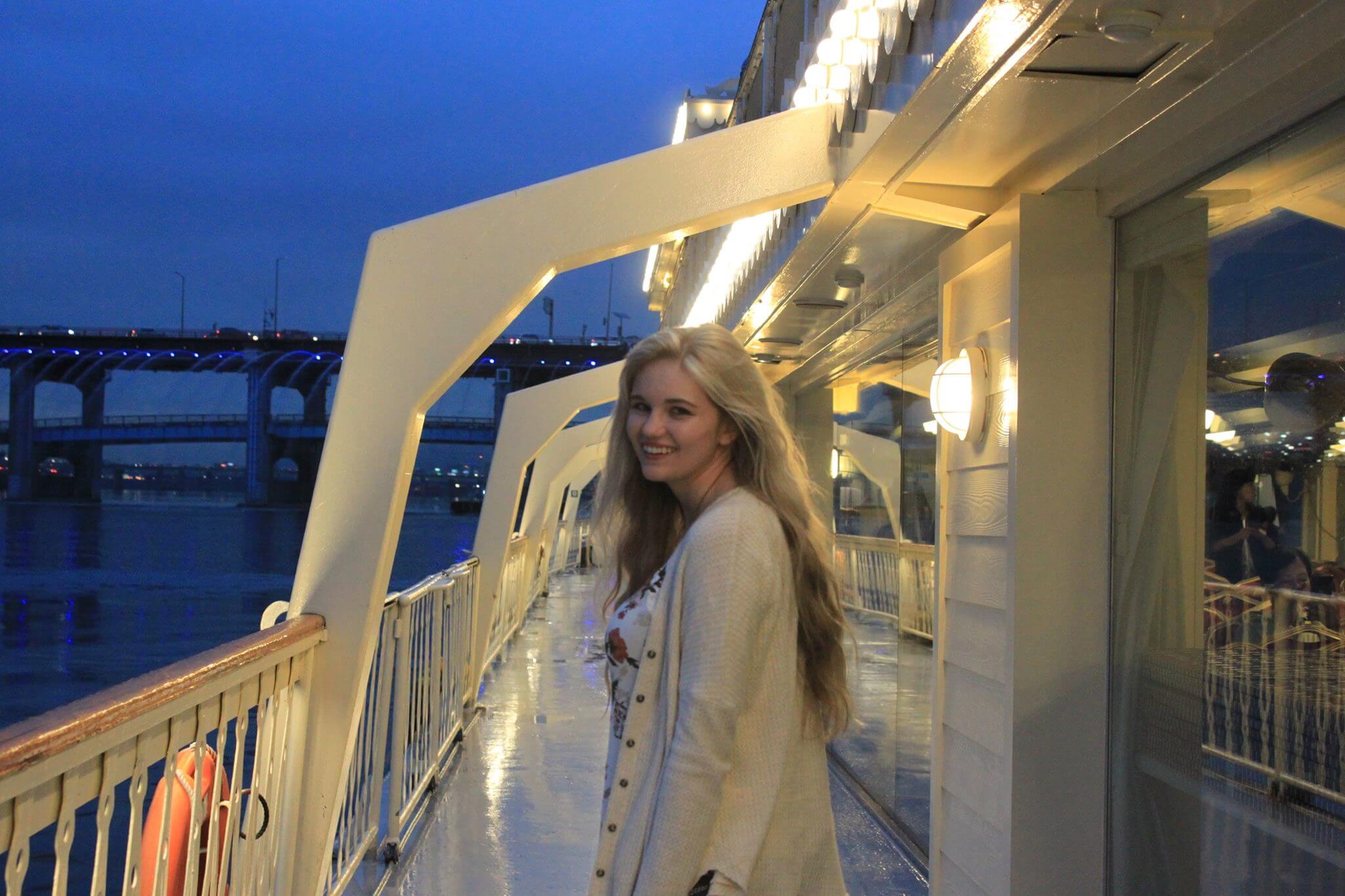 “I chose South Korea because of the beautiful landscape and fascinating culture.”

“Don’t miss out on all of the incredible experiences presented to you in college.”

“I experienced so many amazing moments in South Korea. I explored Buddhist Temples, palaces, and a mud festival. I went to a Meerkat Cafe, ate delicious barbecue, and made great friends. It was such an incredible experience, and I can’t wait to see where my next trip will take me.” 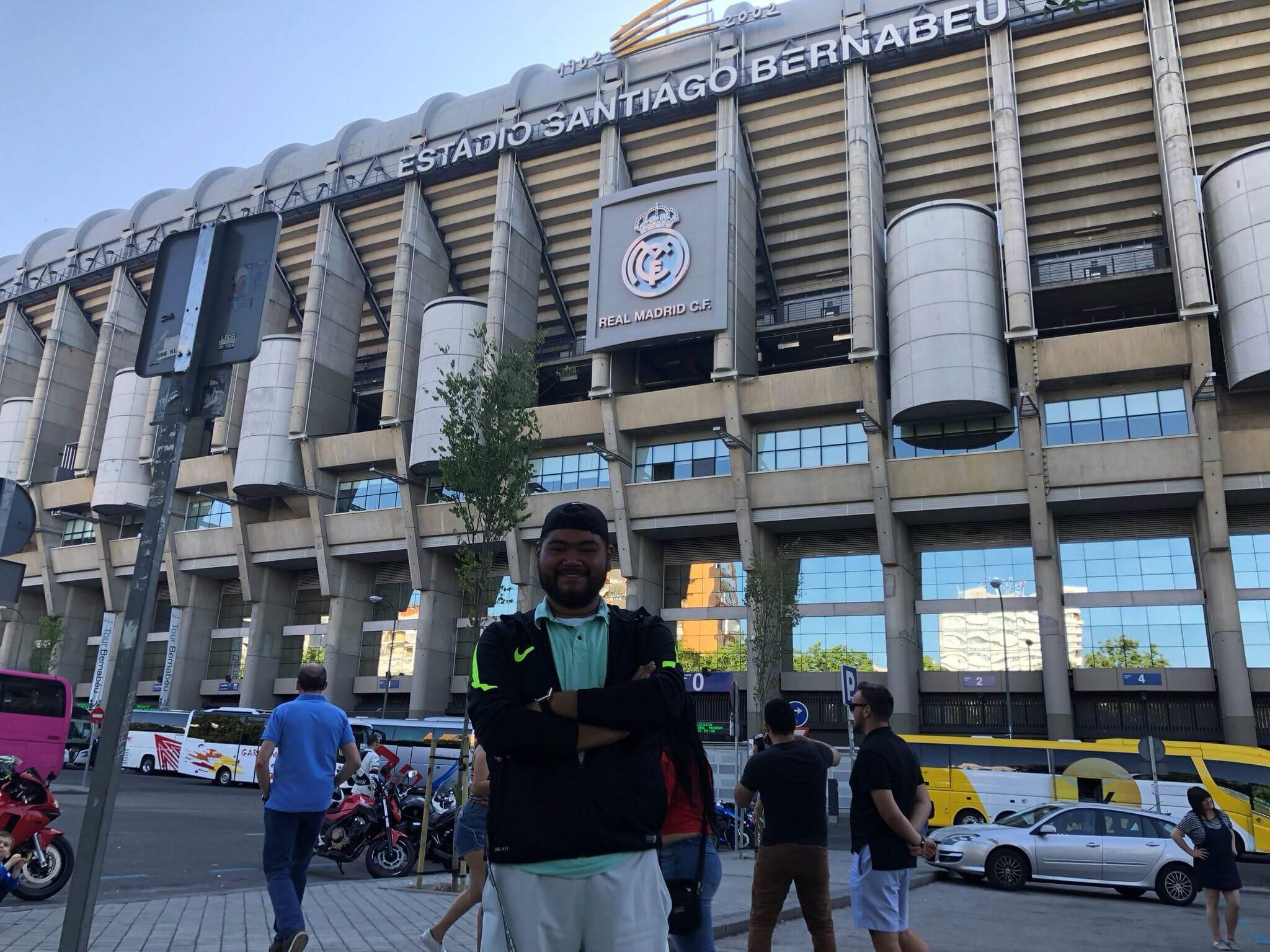 “I chose to go to Spain because—I mean, IT’S SPAIN! I also chose it because of the love they have for fútbol (soccer). I wanted to visit Madrid and Santiago Bernabéu Stadium. I wanted to feel the atmosphere there while their national team played in the World Cup (even though they didn’t make it far).”

“Don’t be afraid to do things that scare you. I was afraid to go because I was going to be the only one from my state out of 28 people. I wasn’t sure how much I was actually going to enjoy my time abroad if I didn’t know anybody. I ended up making great friends with both the locals and people from the US; I even met a few people from Germany, England, and Ireland that I helped with classes and hung out with.”

“There were a lot of things that I loved doing in Spain. I loved going out. I loved eating the food. And I even loved just talking with my host parents. The best and most memorable event that happened there was getting my arm tattooed while my friends (who I had just met two weeks before) were there as ‘support’, but mainly mocking the pain that I had to endure.” 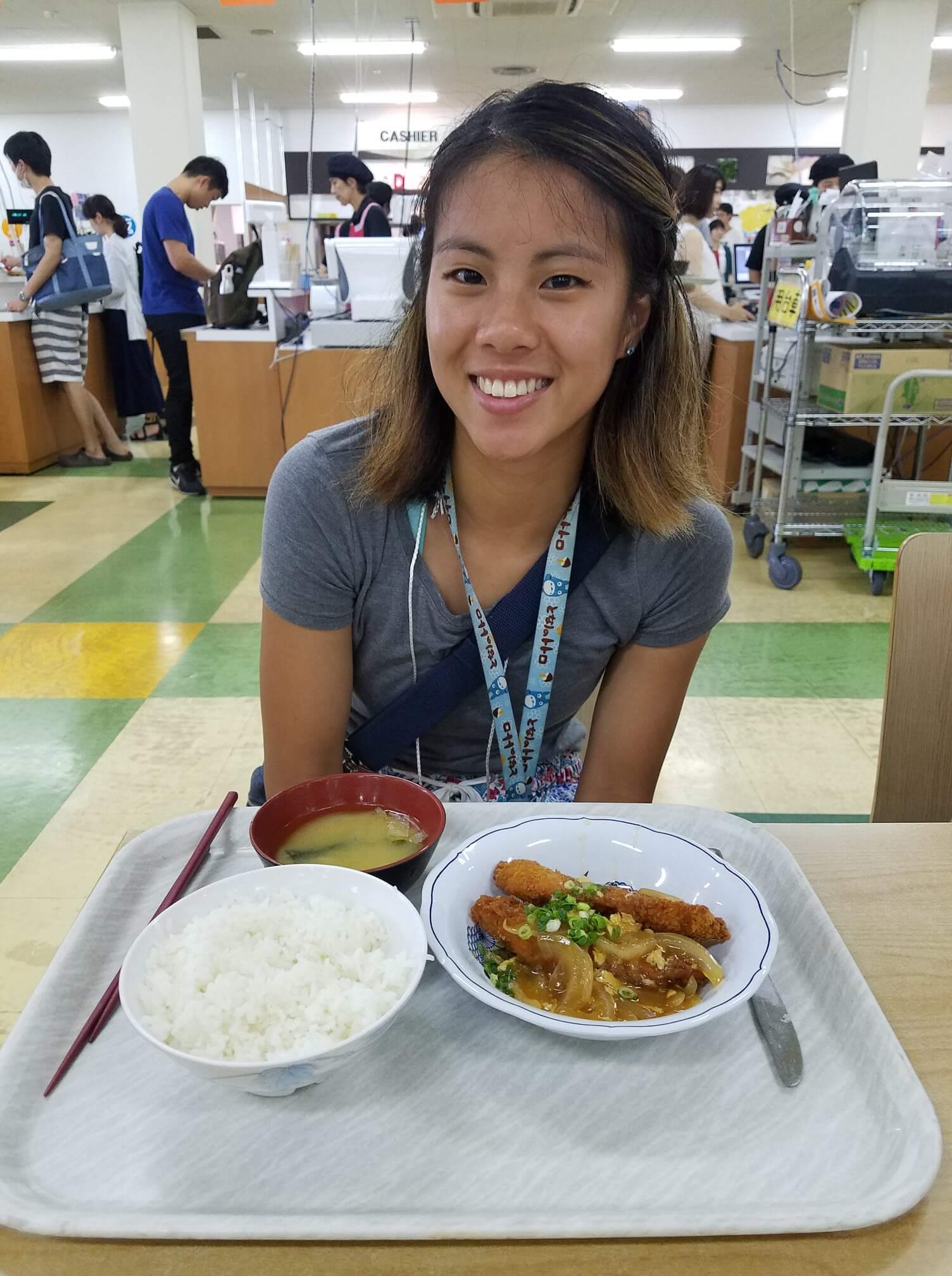 “I chose to travel to Japan because, at the time, I was taking a Japanese-language class and a Japanese-culture class, and the more I learned about Japan, the more I wanted to go. I wanted to experience Japan for myself and not just hear about it from others.”

“My best advice when traveling to a foreign country is to try as much of the food as possible there. Try all of the foods that people recommend to you. Go and experience new things.”

“My favorite thing that happened was being invited out to eat by two Japanese students, along with John (the other American student in the Japanese Study Abroad Program), and talk about what the United States was like compared to Japan. One of the Japanese students was planning to travel to the US, and the other was his friend. John and I were well into the second week of the program, so we had two weeks’ worth of Japan experience under our belts and had lots to say. We ended up talking for three hours and had a great time. Plus, the restaurant that we went to was really good. They served okonomiyaki (a Japanese savory pancake), which was delicious.” 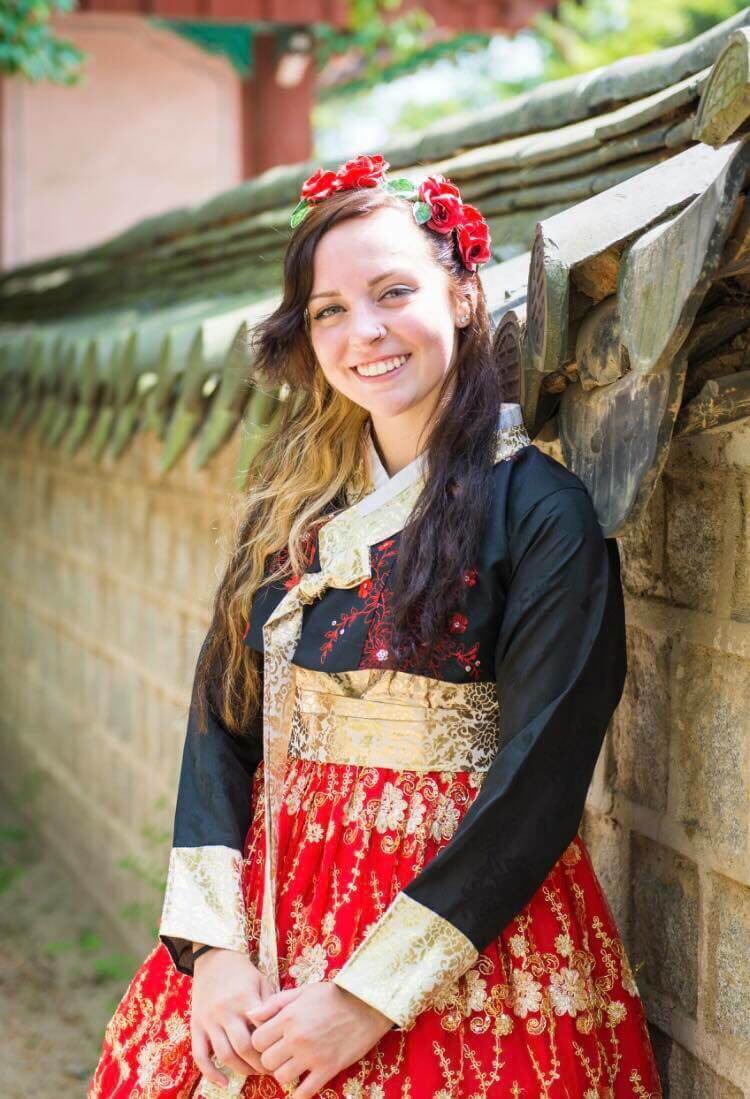 “I chose to study abroad in South Korea because I want to get a taste of countries in which I would like to teach English in the future, and South Korean culture has always greatly interested me.”

“My best piece of advice for studying abroad would be to try to learn little bits of the language and communicate as much as you can with the people around you. You will learn so much more than you expect, and may even become close to all different kinds of people. Advice for South Korea specifically would be to learn to always share your food.”

“My favorite thing that happened while in Korea was definitely being able to take a K-pop dance class from a well-known choreographer.” 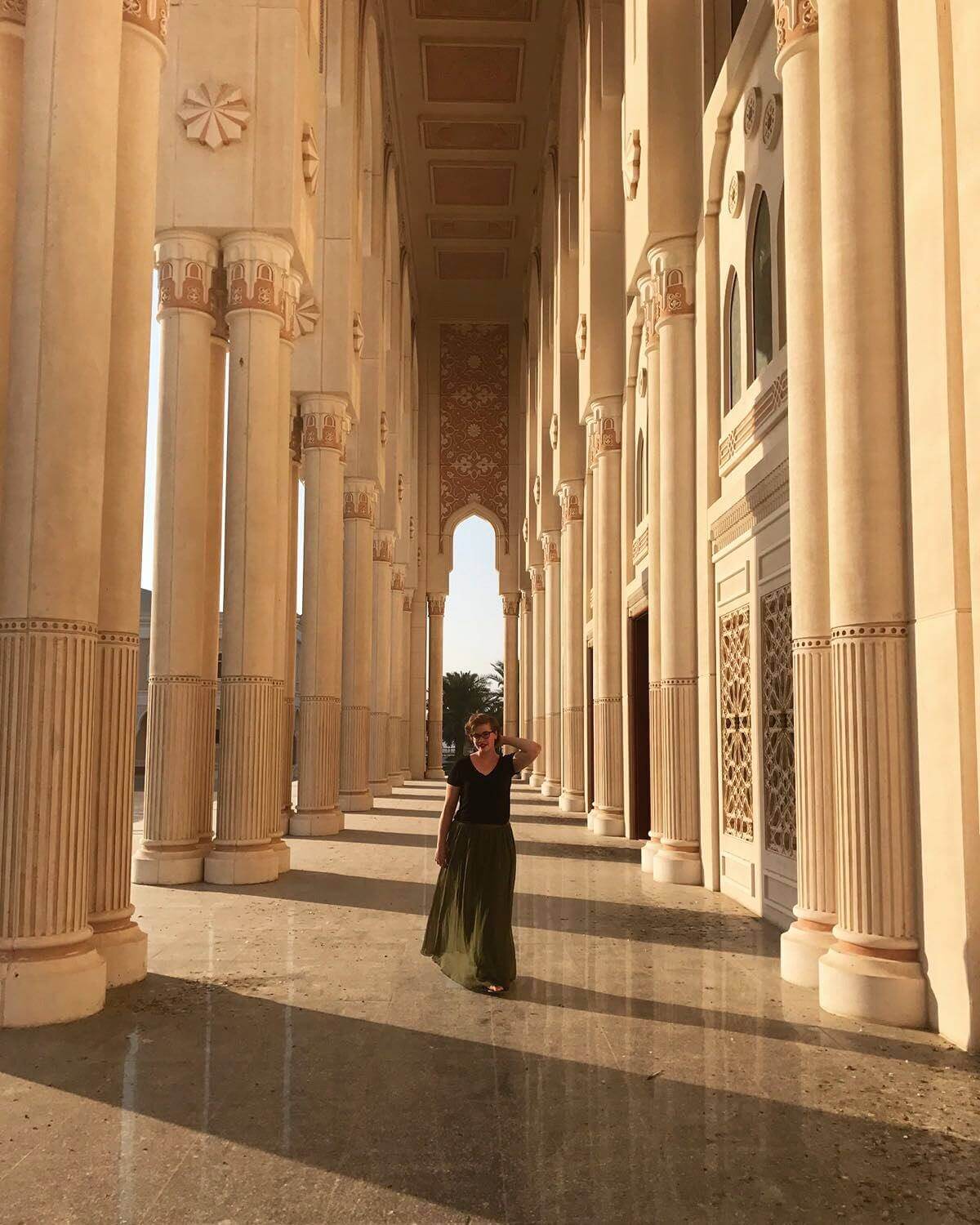 Teagan in the United Arab Emirates, 2017

“Taking Arabic with Professor Farah Combs ignited in me a love for the Arab world and a desire to experience life there firsthand. With ISEP [International Student Exchange Programs]—the program I studied abroad through—my two options were Morocco or the UAE. I decided on the latter because it would put me in the heart of the Middle East.”

“Talk less and observe more. Most of the differences you will find between some cultures aren’t as overt as you might think. Always watch others in how they are interacting, their body language, physical limits, tone, et cetera. This will help prevent cultural misunderstandings.”

“By far my favorite memory is driving out of the city limits and driving off-road through the desert to make a campfire and look at the stars with some of the close friends I made. There is such beauty in something as desolate as the desert, and in getting away for a bit from the luxury and excess of Dubai. I loved finding the little things, like driving to ‘Karak Road’ to get some karak and shawarma, and then being drawn to the loud fun of Dubai clubs.” 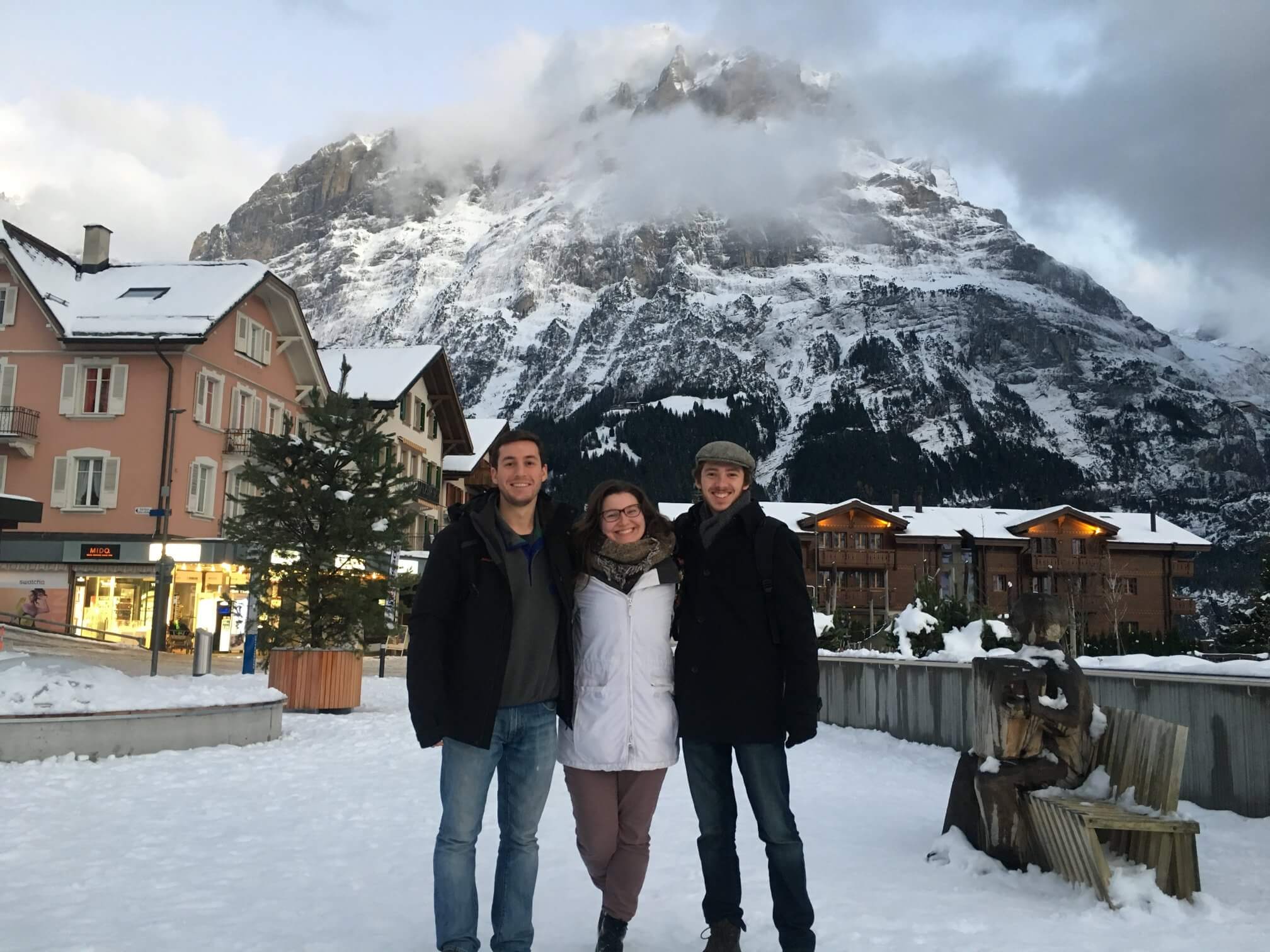 “Firstly, I wanted to go to a place that was known for economics, and the University of Zurich was one of the top 10 in Europe for economics and 104th in the world for overall academic quality. Secondly, I wanted to be able to learn another language, so Switzerland was a great choice because I could learn any of their four national languages while I was there. I chose to study German because Zurich was in the German-speaking part of the country. Finally, I chose to Switzerland because it is centrally located, so I could easily travel while living in one of the biggest financial centers of the world.”

“Get lost on purpose. Be safe about it, of course, but purposely go into different parts of the city or area you are at, just to see what is there. I have so many fond memories of going off the beaten path and finding quirky historical landmarks, little shops, or parks that I never would have found otherwise.”

“Hands down, my favorite thing about my time abroad was how pedestrian friendly Zurich is. I was walking five miles a day (which is sadly a lot more exercise than I am used to), and it meant I was interacting with the city in a very visceral way. I could feel the cobblestones beneath my feet and notice when the road became steeper, and see the small details I would have missed if I was driving by. Moreover, it gave me opportunities to understand how the city was constructed in segments over the centuries and connected together in pieces. I could watch the architecture change and the streets get wider. Zurich, also, is famous for its fountains. All of the decorative fountains, unless they are marked with a sign, have constantly flowing, drinkable water, so no matter where I was, I was able to get clean, crisp water as I was walking.” 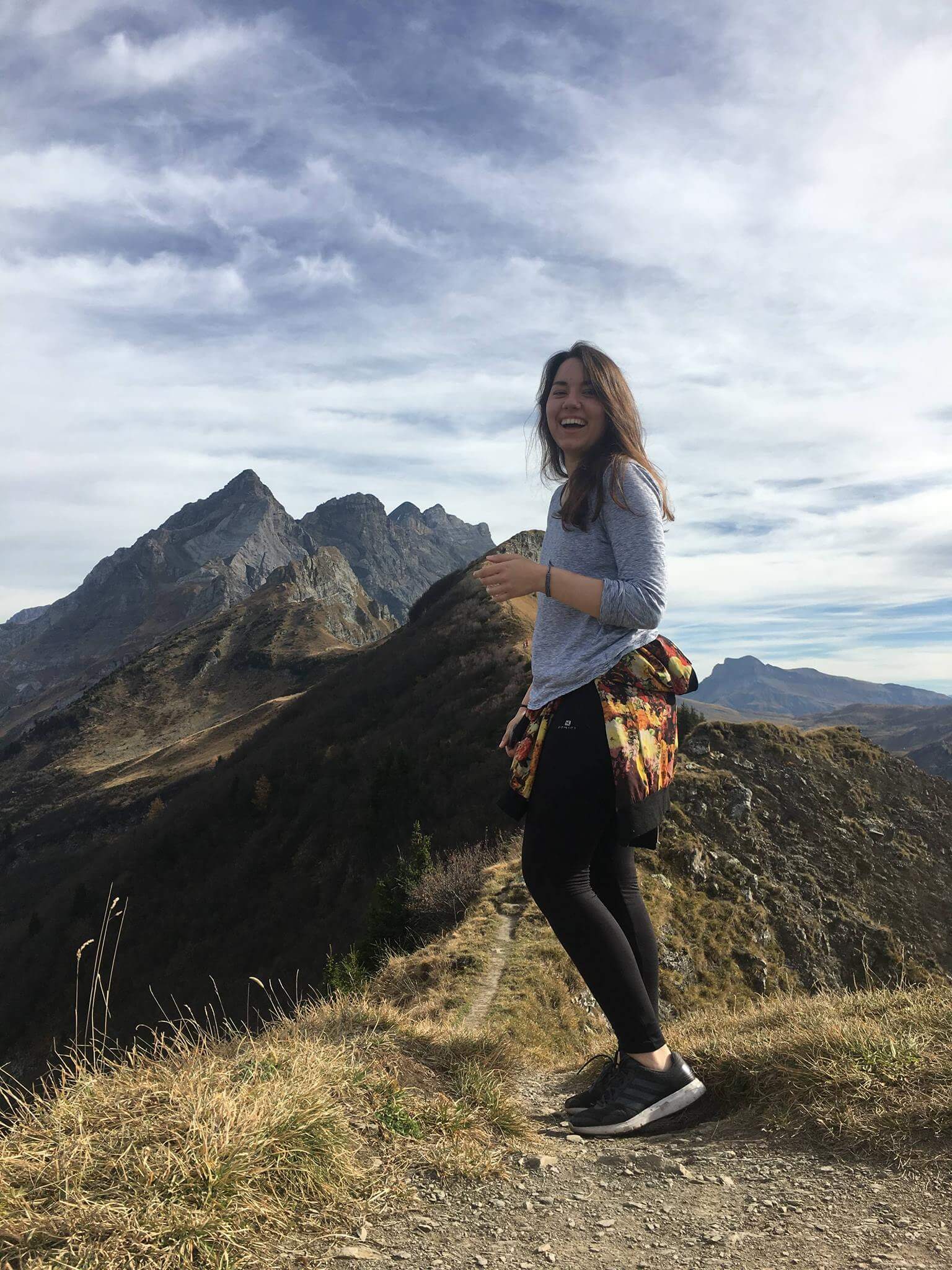 Miriam in The Netherlands, 2017

“The Netherlands are a heritage I have always wanted to explore, since my mom is Dutch. I also knew beforehand that I would like to try some aspects of the lifestyle (like biking). Most of the population speaks English as well, which helps when pursuing opportunities and activities outside of campus.”

“If learning a new language is one of your goals, don’t rely only on the contact you will be forced to have every day in that language. If you can, find a native-speaking buddy and ask them explicitly to talk to you in that language.”